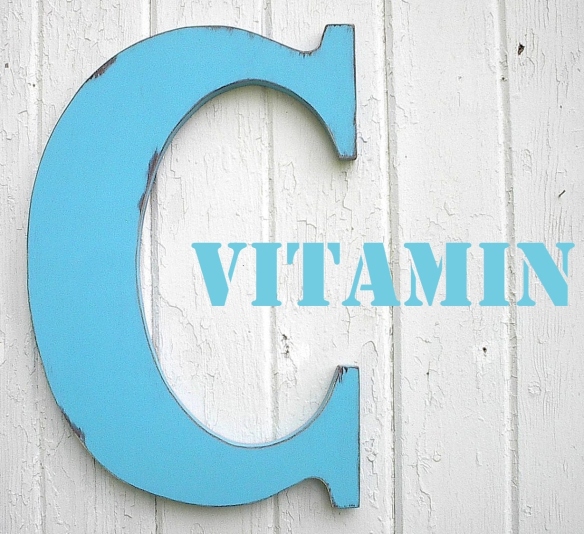 One of the most common questions people ask when they first hear about the all-meat diet is, “Where do you get your vitamin C?” Since a vitamin C deficiency leads to scurvy, a very serious and ultimately lethal illness, it is a perfectly understandable and legitimate line of inquiry.

None of the long term practitioners of an all-meat Zero Carb diet that I have interviewed take any supplemental vitamin C. None of these individuals have experienced any symptoms of vitamin C deficiency, even after 2-18 years of eating this way. If you wish to read the dietary details of some of these individuals, please see my page with links to all of the Zero Carb Interviews that I have published to date.

There appears to be an alternative biochemical pathway for preventing scurvy that occurs when one is eating a fat-burning ketogenic diet, as opposed to a sugar-burning glucogenic diet. While the mechanism of action is not entirely clear, it is considered to be an established fact. Dr. Stephen Phinney has speculated that the blood ketone beta-hydroxybutyrate may itself be the anti-scorbutic factor.

Vilhjalmur Stefansson, an anthropologist who lived with the native Inuit tribes of the Arctic and ate their traditional all-meat diet for almost a decade, agreed to spend a full year under the observation of physicians in Bellevue Hospital in New York in 1928-29 – eating nothing but meat – to prove that an all-meat diet was health-sustaining and capable of meeting all of the nutritional needs of the human body. His diet did not contain any dietary sources of vitamin C. He did not develop scurvy any other vitamin deficiency diseases during the course of the one year study. Here is a summary of the study results:

1. Two men (Stefansson was joined by Andersen,a colleague and friend, in the study) lived on an exclusive meat diet for 1 year and a third man for 10 days. The relative amounts of lean and fat, meat ingested were left to the instinctive choice of the individuals.
2. The protein content varied from 100 to 140 gm., the fat from  200 to 300 gm., the carbohydrate, derived entirely from the meat, from 7 to 12 gm., and the fuel value from 2000 to 3100 calories.
3. At the end of the year, the subjects were mentally alert, physically active, and showed no specific physical changes in any system of the body.
4. During the 1st week, all three men lost weight, due to a shift in the water content of the body while adjusting itself to the low carbohydrate diet. Thereafter, their weights remained practically constant.
5. In the prolonged test, the blood pressure of one man remained constant; the systolic pressure of the other decreased 20 mm. and the diastolic pressure remained uniform.
6. The control of the bowels was not disturbed while the subjects were on prescribed meat diet. In one instance, when the proportion of protein calories in the diet exceeded 40 per cent, a diarrhea developed.
7. Vitamin deficiencies did not appear.
8. The total acidity of the urine during the meat diet was increased to 2 or 3 times that of the acidity on mixed diets and acetonuria was present throughout the periods of exclusive meat.
9. Urine examinations, determinations of the nitrogenous constituents of the blood, and kidney function tests revealed no evidence of kidney damage.
10. While on the meat diet, the men metabolized foodstuffs with FA: G ratios between 1.9 and 3.0 and excreted from 0.4 to 7.2 gm. of acetone bodies per day.
11. In these trained subjects, the clinical observations and laboratory studies gave no evidence that any ill effects had occurred from the prolonged use of the exclusive meat diet.

For further details and a complete discussion of this very interesting clinical study, please see the paper “Prolonged Meat Diets with a Study of Kidney Function and Ketosis” by Walter McClellan and Eugene Du Bois, published on February 13, 1930 in The Journal of Biological Chemistry.

Stefansson and his comrade Andersen did eat some of their meat cooked “rare” in this year long study. They also included some organ meats (liver, brains, kidneys), as well as raw bone marrow from time to time. Therefore, it is certainly possible that a small amount of vitamin C was present in these raw or lightly cooked animal foods. It has been shown that when a person’s diet is very low in carbohydrate, the vitamin C they do consume is much better absorbed than when eating a diet high in carbohydrates – so a much smaller amount might be sufficient to prevent scurvy.

Stefansson wrote a 3-part series for Harper’s Monthly in 1935-36 describing the diet and health of the Arctic Natives he lived with, learned from, and studied titled “Eskimos Prove An All-Meat Diet Provides Excellent Health.” Stefansson also wrote a book detailing what he learned titled “The Fat of the Land.”

“From the viewpoint of the clinician, perhaps the most important finding about ascorbic acid activity is its competition with glucose within the body. In 1975, Mann proposed that, because of their structural similarity, ascorbic acid and glucose might utilize the same membrane transport. This extremely important concept was eventually confirmed experimentally, and ultimately led to an understanding of how glucose and ascorbic acid compete for transport by insulin and entry into cells.”  Please see their article “Ascorbic Acid and the Immune System” in The Journal of Orthomolecular Medicine, Volume 20, Number 3, pg. 179-183, 2005

Gary Taubes also mentions this in his book Why We Get Fat:

“The vitamin-C molecule is similar in configuration to glucose and other sugars in the body… It is shuttled from the bloodstream into the cells by the same insulin-dependent transport system used by glucose… Glucose and vitamin C compete in this cellular-uptake process, like strangers trying to flag down the same taxicab simultaneously. Because glucose is greatly favored in the contest, the uptake of vitamin C by cells is “globally inhibited” when blood-sugar levels are elevated… In effect, glucose regulates how much vitamin C is taken up by the cells, according to the University of Massachusetts nutritionist John Cunningham. If we increase blood-sugar levels, the cellular uptake of vitamin C-will drop accordingly… Glucose also impairs the re-absorption of vitamin C by the kidney, and so, the higher the blood sugar, the more vitamin-C will be lost in the urine. Infusing insulin into experimental subjects has been shown to cause a “marked fall” in vitamin-C levels in the circulation.”

Additionally, an all-meat diet may reduce the need for vitamin C in completely different way altogether, as explained in the blog post Why Meat Prevents Scurvy:

“Meat [also] prevents [scurvy] because it bypasses the need for vitamin C. Vitamin C is required to form collagen in the body… Vitamin C’s role in collagen formation is to transfer a hydroxyl group to the amino acids lysine and proline. Meat, however, already contains appreciable quantities of hydroxylysine and hydroxyproline, [thus] bypassing some of the requirement for vitamin C. In other words, your vitamin C requirement is dependent upon how much meat you do not eat.”

However, the fact remains that most of the Zero Carb-ers I have interviewed do not consume any organ meats or raw bone marrow, and many seem to prefer their meat cooked longer than “rare.” The best case in point is The Andersen Family. They have been eating a diet comprised almost exclusively of ribeye steaks cooked medium to medium-well for almost 2 decades. They take no vitamin C (or any other supplements for that matter), and they have never shown any symptoms of scurvy or other vitamin deficiency diseases.