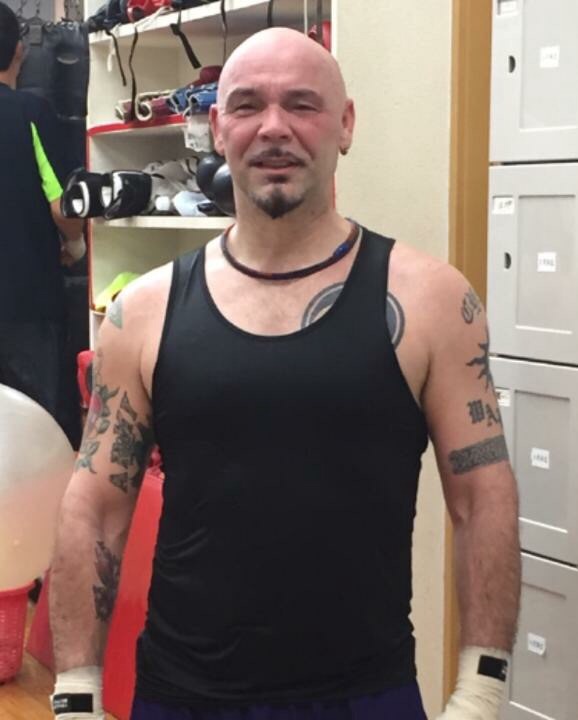 “It is no measure of health to be well adjusted to a profoundly sick society.”

Well, I think it only fair to warn the prospective reader that the following testimonial about my Zero Carb diet – although briefly mentioning boxing – has no inspiring ‘Rocky’ moment. In fact, compared to such heavy-hitting Zero Carb stories by the likes of Kelly Hogan et al, I’m afraid my story would be barely able to punch itself out of a carbohydrate induced brain-fog. Still, I’ve managed to include enough sex, murder, and political espionage to keep any reader reasonably interested (note: if any such stories are omitted from the final draft – blame the editor).

Ok, me. I’m a 50 year old Welsh/Australian currently living in Japan. I box regularly and recently quit full-contact karate (Kyokushin) after sustaining a knee injury which makes kicking difficult. In boxing, I was a Welsh school boy champion (1982) and army light-heavyweight champion (1985). In Kyokushin, I represented Australia at the international level. I also played rugby from the age of 9 until I finished in 1999 (representing University of Western Australia). 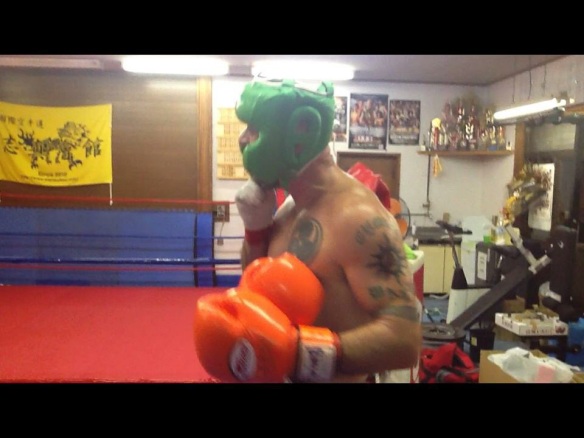 Michael in the boxing ring.

The reason I state these facts is to convey the idea that sport, health and fitness are, and always have been, a major part of my life. I’ve never been over weight, nor have I had any negative issues with food. So why the hell would anyone be interested in my “conversion” to Zero Carb? Well, I like to think that I might be an example of how the path to optimal health and fitness inevitably leads to a Zero Carb way of eating.

The genesis of my Zero Carb way of eating began in earnest about a year ago (previous to that I ate the usual athlete’s high carb diet, although I never ate to excess and rarely had high calorie “treats”). First, I read about intermittent fasting (IF) and decided to try it. The results were pretty good. I lost some excess body fat and didn’t really find the 20 hours (it was a 20/4 protocol) of fasting each day too difficult to maintain.

However, limiting the eating window to only 4 hour eating window means a lot of calories have to be digested in a short space of time to maintain nutritional and energy requirements. Unfortunately, this often lead me to eat high fat-high sugar junk food and other less than optimal high calorie foods, which – in turn – lead to gastrointestinal bloating, tiredness, etc. Then I discovered Gary Taubes and my life hasn’t been the same since!

I began a Low Carb High Fat (LCHF) Ketogenic diet about 9 months ago. I mostly stayed around the 20-40g of carbohydrates a day range, but would frequently break this by drinking beer and eating rice dishes (hey, I live in Japan after all!). And this, I believe, is the problem of a LCHF diet: the continual ingestion of carbs means you never truly break free from the addictions and cravings they (carbs) induce. My gut feeling (excuse the pun) told me this constant yo-yo-ing in and out of ketosis wasn’t healthy for my metabolism and the need for something more sustainable lead me to do some research on the subject.

After reading as much Taubes (Good Calories, Bad Calories), Dr. Phinney and Dr Volek (The Art and Science of Low Carbohydrate Living), and Dr. Lustig (Fat Chance). as I could, I began my Low Carb diet in mid-2014. Then, on New Years Day 2015, I found and read The Bear’s writings, and then Stefansson’s book The Fat of the Land, and decided I liked the simplicity of it. I’m very lazy in the kitchen and the supermarket, so it just seemed so perfectly “me.” I stumbled into The Zero Carb Facebook group Zeroing in on Health about a month later after reading someone’s comments in a Low Carb Ketogenic forum called Ketogains (I think) and decided to see what it was all about. It felt like “coming home” at last.

At first, my performances in the gym and boxing ring suffered. During weight training, the weight had to be lowered in order to perform the same number of repetitions; the number of rounds spent skipping (jump rope) fell; stair climbing/running was a nightmare, and I could only manage about 2/3 of what I could do when eating carbs; ring stamina and breathing during sparring declined as well; Basically, everything was worse. But luckily I had read that this was to be expected and so I stuck with it.

Then the magic happened! About 3 or 4 weeks into Zero Carb everything began creeping back up to previous levels and just a little while after, it actually SURPASSED previous levels. I’m now lighter on my feet, breathing between rounds (boxing) isn’t as laboured, I can jump rope longer before breaking sweat, stamina on the heavy bag is better and I feel like I’m punching harder. I’m not lifting heavier weights, but my body composition looks as though I am (well, I think so anyway!).

And there are plenty of other benefits for the athlete. Shopping on ZC is a synch. I now go straight to the meat (or occasionally the fish) counter and completely bypass the processed food, fruit and veg aisles. In fact, eating veggies is as about appealing now as eating a stalk of bamboo or grass from my lawn. And that nagging feeling (craving) that one continually feels a need for carbs disappears when not stoking that particular engine with 20 gms a day (on a typical LCHF Ketogenic diet).

Also, I have much more energy I have in day to day affairs. For example, on LCHF, I would get tired around 7 pm (I teach English from 2 pm  – 9 pm) to the point that I would have to jab my hand with a pen just to keep my eyes open. Now I can concentrate fully until 9 pm AND have the energy to look forward to boxing after I finish teaching! I also sleep much better now. Whereas I would often wake up around 6 am or 7 am for only 5-6 hours sleep and not be able to go back to sleep, now I can sleep until 9  am or 10 am if I need to for a total of 8-9 hours of sleep.

I usually eat my first meal around 1pm. I’m simply just not hungry when I wake up. So,this “breakfast” is usually ground beef (300g) and 4 or 5 eggs mixed in. Then, I have a “bullet proof” coffee (BPC) with butter and coconut oil around 6 pm to tide me over until after my night-time boxing workout.

I know it is generally not recommended by Zero Carb veterans to use coffee as an appetite suppressant, but – with my current employment and exercise schedule – this is what I have found works best for me. I box at 9 pm (after I get off work), and I don’t want any food in my stomach during sparring. The BPC also gives me an energy boost for training. It works well for me.

Michael during a recent boxing workout.

After boxing I usually eat a steak (450 gms) cooked in butter and lightly salted (I sweat a lot during boxing). I also eat chicken thighs and pork sometimes. My total meat intake per day averages 2 lbs. I don’t eat any organ meats. I don’t eat any dairy except for butter. I’ve stopped taking all supplements after receiving sound advice on Zeroing in on Health. I only drink water and 1 BPC per day.

I’ve also practically cut out all alcohol. On LCHF, I found myself drinking way too often. I actually don’t miss it at all now, and I rarely imbibe because I don’t want to jeopardise the natural “high” I feel from this way of eating.

Michael straying from his LCHF diet prior to Zero Carb.

I guess the whole point I am trying to convey in my story is that Zero Carb is beneficial even for someone with no weight loss goals and who already has a good level of fitness. The changes are quite subtle compared to people who have always struggled with weight and food issues. I was worried that my story wouldn’t have the same (visual) impact as some of the others shared here on Esmée’s blog.

But then again, I am – of course – quite stunning to look at… ✨😉✨ …especially with a monkey on my shoulder!

If you are interested in meeting others who practice an All-Meat diet, please feel free to join us in the Facebook group Principia Carnivora for support.