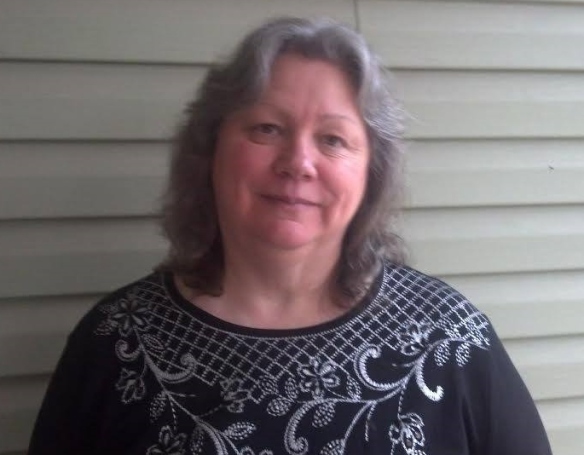 Karen Kelbell on her Path to Well-Being

I came to Zero Carb from a low carb background. I’m 57 years old and I’ve been low carbing for the last 30 years, gaining and losing the same weight over and over. I’ve found that the older I get the harder it’s been to lose. I’m 5’2 and was at an all time high weight of 273 pounds when I started keto. It took 6 weeks before I became keto-adapted and the next month was great. I had lots of energy and lost 18 pounds. Then, I hit a brick wall. For the next 18 months my weight would go up and down a couple of pounds, but I was never able to get under 255.

I know that my biggest problem was embracing what I call the “new keto.” My goal every day was to fit in as many substitute “junk” foods (many with Zero Carb sweeteners) as I could without exceeding 20 grams of carbs. Net carbs were the rule for all of my high fiber substitute foods which meant I subtracted the fiber grams from the total carbohydrate grams.

In addition to not being able to lose weight, I began to suffer from chronic fatigue. I was diagnosed with adrenal fatigue by a naturopath, due to my low cortisol levels and other symptoms. I can’t really describe the tiredness of chronic fatigue. Every movement was a challenge and some days even speaking was too difficult. I was suffering from depression and had an extremely negative attitude. I really believe I was causing everyone around me to suffer right along with me. It’s hard to deal with an illness that some in the medical field won’t even acknowledge.

Getting dressed and going anywhere took every ounce of my energy and usually left me wiped out for the rest of the day. I would wake up after a sleepless night and wish the day were already over. Some days I despaired of life and wished it would end. There are no words for how terrible I was feeling, both physically and mentally.

It was at this time that a friend suggested I try doing a high protein moderate fat keto diet. Supposedly this was the way to health and weight loss. I ended up gaining 8 pounds in 3 days! I was having trouble maneuvering the stairs in my home and would find myself out of breath once I reached the top. I was feeling scared at how out of shape I was, but didn’t know what to do. I started doing a beginner body building workout, but could barely get past the basics.

I was full of despair and – to add to my already stressed out life – my daughter had announced she would be getting married in 5 months. I was so tired and so overweight and so overwhelmed, I couldn’t even feel joy for her happiness. I didn’t know what to do. The 8 pounds I’d gained, putting me at 265, weren’t budging. I went back to my LCHF keto diet.

A couple of days later an interesting story came across my news feed in a keto group I was in. It was the story of Kelly Williams Hogan and her Zero Carb journey. I was intrigued, but I thought it was too much of an extreme. Meat and water? Who could live on that?! I honestly don’t know if I would have tried Zero Carb if I hadn’t been absolutely desperate. I HAD to lose some weight. So, I decided to give it a try.

I found the Facebook group Zeroing In On Health and started reading everything I could, both there and elsewhere on the internet about this unique diet. At first, I desperately hung on to my coffee replacement drink with heavy cream and a tiny scoop of stevia. It was so small; it couldn’t be that bad! Things went well and I lost 5 pounds in 5 days. So far, so good.

Then something astounding happened. I woke up on Day 6 and my life had changed. I felt rested, peaceful, and happy. Getting up didn’t seem to be a chore. As the day went on, I realized my new found energy was staying with me. I couldn’t believe this was happening to me. I was doing Zero Carb to lose weight, never dreaming it would make me well. The next day was the same.

I realized the hip and knee pain that had been waking me up at night (when – by some miracle – I was able to get some sleep) was now gone. My mood continued to improve, even when I didn’t think it could get any better. I’ve seen this described by some people on Zero Carb as “euphoria.” I would say that’s a good description. Then I had a setback.

I took my sleeping pill one night and didn’t go immediately to bed. I was then able to convince myself that eating a couple of mini low carb chocolate bars made perfect sense. After all, I was still using the stevia in my coffee replacement drink without any visible problems, but now I realize this “carb-free” sweetener was perpetuating my desire for sweet things. They say experience is the best teacher. I’d have to agree.

The next morning I woke up and the tiredness was back. I felt nervous and edgy all day and had gained 3 pounds. So, I decided I was going to give Zero Carb my all. I wanted that good feeling back! That day I gave up my stevia for good. I also gave up the coffee replacement drink. I did start having a cup of coffee in the morning with heavy cream. I just felt like I needed it.

After 3 days I was back to feeling great again, although my weight at that point was bouncing around. I read that dairy could stall weight loss, so I decided to give it up. (I probably should have given up the scale, as well.) I wasn’t eating much cheese, maybe an ounce or less every few days, so that wasn’t hard. I tried drinking a cup of coffee black, but found it tasted so bad without cream there was no point in drinking it.

I’ve now fallen into an easy basic Zero Carb routine. Eat meat (and eggs). Drink water. Live (and enjoy!) my life. I love the simplicity of it. No more counting carbs or worrying about whether I’ve eaten the proper ratios. It’s like everything is built into Zero Carb eating. I get hungry, I eat. I eat until I’m full. When I’m full, I stop. At first I felt hungry a lot and worried about eating too much. But I was trusting what I’d read on Zeroing in on Health and ate if I was hungry.

After about a week or so, I found I was only able to eat 2 meals a day. That was so amazing to me. I wanted to try eating only one meal a day, but I knew that I would be playing head games if I tried to manipulate my hunger. So, I just let my body lead me.

At first I thought eating meat would be the most boring thing ever and wasn’t sure I would be able to stick to it. It hasn’t been that way at all. I wait until I am truly hungry and then every piece of fatty meat I eat tastes wonderful. I feel like I’m eating a King’s diet. After only 30 days, it is clear to me that this way of eating is not only the way out of my obesity nightmare, but it is also the path to restoring my health. I am sold on it for life.

To date, I have lost a total of 9 pounds. My clothes are also fitting much better and I’m sure if I had measured inches in the beginning I’d be amazed at the results. Zero Carb is one of the best things that’s ever happened to me. I’m thankful every day for the opportunity to live life to its fullest. I am actually looking forward to each day now, and I am even feeling excited about my daughters upcoming wedding!

If you are interested in meeting others who practice an All-Meat diet, please feel free to join us in the Facebook group Principia Carnivora for support.