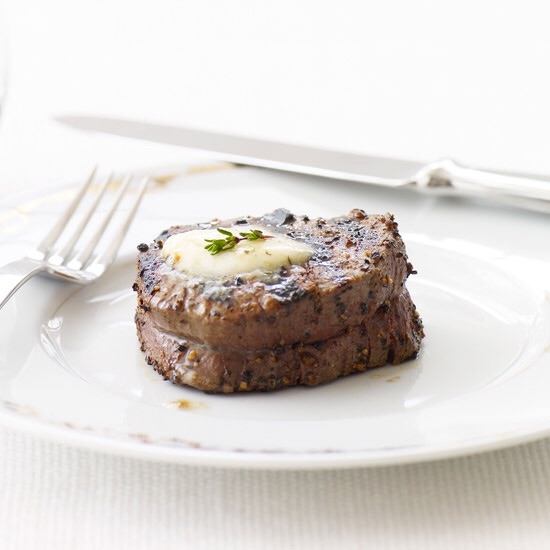 The answer to this question might surprise you. Many people assume that carbohydrates are the only factor that matters for ketone production, but this is not the case. Too much protein per day, too much protein at one time, and too much protein late in the day can also prevent ketosis. So, no, a Zero Carb diet is not – by default – also a Ketogenic diet.

The Zero Carb community has been quite vociferous about discouraging practitioners from testing themselves for ketones and have even gone so far as to ridicule and make fun of people who chose to do say. They claim that it is neither necessary nor important to test for ketones while practicing a Zero Carb diet. Some even go so far as to say (and apparently believe) that a Zero Carb diet is automatically a ketogenic diet which is absolutely not true.

People new to Zero Carb are generally instructed to eat as much fatty meat as they need to feel satisfied and to eat according to hunger. This advice can work well if the meat actually is fatty, but much of the meat we have available to us today is no where near as fatty as meat was in the past. On the one hand, animals are being preferentially bred for leanness, and on the other hand, butchers have been trained to remove much of the “excess” fat before putting it up for sale. This means that much of the meat we buy to day is quite a bit leaner than what practioners of an all meat diet ate.

For example, in the 1928 Bellevue study with Vilhjalmur Stefansson, author of The Fat of the Land, and his collegue Karsten Andersen, the macronutrient ratios were 20% protein and 80% fat. These two men consumed between 100-140 gm of protein and 200-300 gm of fat each day. Now, it is not possible to achieve this ratio if one eats even the fattiest cuts of beef sold in most supermarkets. Chuck roast and ribeye come the closest, but even the cuts are often below 70% fat by calories.

Many people who practice Zero Carb today rely predominant on ground beef because it is the most affordable option. However, most ground beef is surprisingly lean. Even 70/30 (70% lean and 30% fat by weight) ground beef after cooking is only 60% fat and a whopping 40% protein by calories. So, if a person eats only 70/30 ground beef – assuming they can actually find this ratio – they will be consuming much less fat and much more protein than Stefansson and Andersen did during their year long study.

However, it should be noted that the numbers above are for cooked ground beef. If you include all of the fat that renders out of 70/30 ratio, or if you eat the ground beef raw like me, then you would not necessarily need to add extra to the 70/30 ratio. So, it depends to some extent on your method of cooking and length of cooking time. You can use a program like http://www.cronometer.com to help you figure out exact how much fat you are eating.

Too much protein can raise insulin in the same way that too much carbohydrate can, and this – in turn – will prevent you from making ketones. If you do not get enough fat on a Zero Carb diet, you can easily over eat protein. Two pounds of 70/30 ground beef supplies 230 gm of protein, about 100 gm more than a person needs. When eating ground beef with no added fat, it is very easy to eat 2 lbs a day because it is not very satiating.

I went through a period of eating only lean ground beef and my fasting blood glucose was consistently elevated to between 100-115 mg/dL all the time. Furthermore, my blood ketones were barley registering at 0.3 mmol/L. The minimum level of ketones need for nutritional ketosis is 0.5. However, after I decided to lower my protein and increase my fat, my fasting glucose decreased to between 75-85 mg/dL, and my ketones increased to 0.8 mmol/L in just a few day. Additionally, I FELT MUCH BETTER.

Eating 2 lbs of ground beef a day with no added fat left me feeling bloated, tired, and less able to focus mentally. I also experienced a chronic low grade headachiness and made me edgy and irritable. It also left me physically dissatisfied and craving more food. I was thinking about food constantly and wanting to eat again. Clearly, both my brain and body were not being satisfied by plain ole ground beef. Since I reduced the protein and increased the fat, all of these negative symptoms have disappeared.

Dr. Blake Donaldson, a doctor in the early 1900s, also discovered the merits of a very low carb mostly meat diet for curing his patients of obesity. He based his program largely upon the research of Stefansson and instructed his patients to eat 6 ox of lean and 2 oz of fat 3 times per day. He told his patients they could eat more if they wish, as long as they kept the ratio (3 parts lean to 1 part fat) the same, but they were told to never eat less than this amount. Donaldson felt that 18 ounce of lean, which provides a little over 100 gm of protein, was the amount necessary to replenish and repair vital body tissues and to facilitate the burning of body fat. He says that if his patients ate less than this or skipped meals, their weight loss would slow or come to a complete halt. He apparently has excellent results with this protocol. Please see his book Strong Medicine for more details.

Michael Frieze has been practicing a Zero Carb diet successfully for over 5 years now. However, he will be the first to tell you that his first 6 to 12 months of eating this way was fairly difficult. It took his body a long time to adapt to the diet, and he had to work out some kinks. The three most important things he discovered – from my perspective – was 1) eating enough meat; 2) eating the meat rare; and 3) eating the fat parts of the meat preferentially before eating the lean. Each of these changes improved the way he felt on this diet.

For the purpose of this discussion, the most important of these discoveries by Michael is number 3. As he explains it, he will eat as much of the fat on the meat first until his “fat” hunger is satisfied. If there is not enough fat on the meat to satisfy him, then he will eat butter straight until he feels satiated. Then he will eat as much of the lean part of the meat as he desires. He says that this prevents him from both over eating and under eating fat. Basically, this approach acts as a biological barometer for his fat requirements. Once he has reached his limit, the fat will start to make him feel nauseated and he knows – at this point – that he has had enough.

The problem with ground beef – aside from being generally low in fat – is that the fat and the lean are all mixed together, making it impossible to preferentially eat the fat first. So, there is no way a person’s biological barometer can guide them with ground beef. Therefore, it becomes imperative to do some calculations to figure out how much fat you will likely need to add in order to achieve 80% fat by calories for a meal. If you are lucky enough to find 70/30 ground beef which is 60% fat by calories, you would need to add 1 oz of butter per 3 oz of ground beef to attain close to 80% fat by calories. This is the exact ratio that Dr. Donaldson’s recommends.

So, while a Zero Carb diet can have benefits even if you are not in a state of nutritional ketosis, those who are looked upon as early Zero Carb pioneers (i.e. Stefansson and Donaldson) were definitely eating and recommending macronutrient ratios that would almost guarantee nutritional ketosis. It is my contention that if we were eating the meat they were eating, then our Zero Carb diet would also be a Ketogenic diet. But, the changes in the meat itself, as well as the butchering practices, has removed much of the fat that would naturally be present in the meat we eat.

While some people do just fine eating as much meat as they wish on a Zero Carb diet, others like myself, do not. If you are following a Zero Carb diet and not experiencing the result you desire, then it seems logical to me that one should take a closer look at what our Zero Carb predecessors (i.e. Stefansson and Donaldson) were eating, as well as what our current long term Zero Carb practioners (i.e. Michael Frieze) are actually eating because these are people who have successfully practiced this way of eating for many years.

It is important to understand that I am not advocating any type of restriction here. I am simply suggesting that if you are following a Zero Carb diet and experiencing the benefits you desire, then you may wish to adjust your macronutrient ratios according to what Steffanson and Donaldson practiced and recommended. Donaldson set a minimum intake for his patients, but not a maximum. He told them to eat as much as they needed to satisfy hunger as long as they kept the 3:1 (lean:fat) ratio the same. If you do this, it is unlikely that you will still want to eat a full 2 pounds of ground beef because that would require eating an additional 10 oz of fat along with it.

After much reading and experimentation on my own body, I have come to the conclusion that combining the philosophy of a Zero Carb diet (eat only from the animal kingdom, primarily meat) with the knowledge of a Ketogenic Diet (eat a balance of macronutrients that supports ketosis) is vastly superior to either approach by itself. If you wish to learn more about the benefits of and how to eat ketogenically, I highly recommend Keto Clarity by Jimmy Moore and The Art and Science of Low Carbohydrate Living by Stephen Phinney and Jeff Volek.

33 thoughts on “Is a Zero Carb Diet a Ketogenic Diet?”